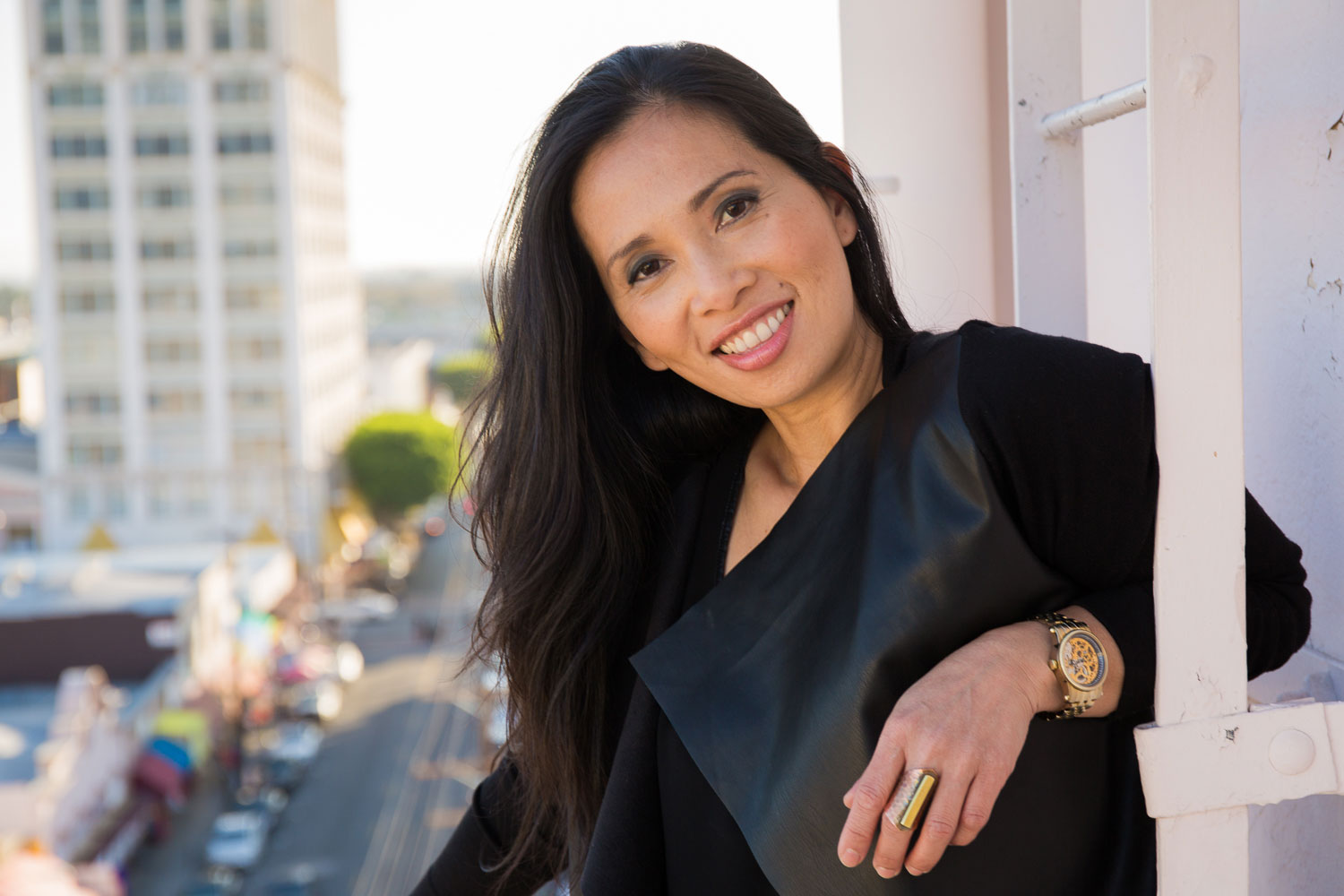 Appropriately described as “vibrant, and soulful,” DJ AMARA brings to the tables an unmatched style, mixing various genres and giving listeners a unique flavor of hybrid beats and rhythms. Her uncanny ability to effortlessly transition to some of the hottest and rarest multi-genre hits from hip-hop/r&b, funk/soul/disco, electro, indie, deep house to old school throwbacks. AMARA’s versatility is second to none and her distinct sound emanates a vibe that leaves no dance floor empty.

AMARA’s strategy for success is simple: she feels the pulse of the crowd and connects their emotions to tracks that elevate those feelings. Combine flawless mixing with a powerful party presence and it is no wonder why promoters keep calling, crowds keep listening and she keeps on spinning.

WRECKING THE DECKS
AMARA’s musical methodology quickly attracted the attentions of renowned DJ, producer, and record label manager, Matt Mau and Eric Lee (White Label Group, Journees). The duo saw a great star in the making and soon had her doing weekly shows at The Standard, a swank lounge in Los Angeles, working the decks alongside prominent DJ David Alvarado and KCRW’s own Raul Campos. A collaboration soon followed and AMARA became an Associate Producer for the long awaited deep house CD, Lifted (Live in Buenos Aires). Producers were not the only ones recognizing AMARA’s talents. It didn’t take long until she was signing sponsorship deals with many notable companies from audio to fashion industries such as Gemini, iKey-Audio, Cortex, and Remix Clothing.

AMARA’s diverse taste and feel for music has landed her a gig touring cross-country with Dew Action Sports Tour, rockin’ the crowd with AMARA-style grooves. To showcase how diverse her musical talent really is, she came back from her U.S tour and headed straight to a new house venue in Los Angeles, to play the record release party for Sandy Rivera’s single “Trouble”with live vocalists, Nina Lares and Leedia (Miguel Migs’ vocalist).

AMARA has proven she has the skills, innovation and perseverance to impact the industry. Her talents have been heard and observed at many noteworthy clubs and events across the globe such as The Viper Room, The Factory, Tao Beach, Palm’s, DJ AM’s Club LAX, the famous White Party in Palm Springs and international tours in Europe, Canada, South America, and the Philippines. If she is not giggin’ at clubs, AMARA can be found playing exclusive events such as Oscar after parties, fashion shows, movie premier galas and opening for artists such as Katy Perry, Salt N Pepa, Pat Benatar, Crystal Waters, Lisa Lisa, India Arie, Lady Gaga, Colbie Caillat, Luciana, Natasha Bedingfield, Chaka Khan, Neon Hitch, and Nina Sky.

Holding an unassuming and optimistic outlook on life, she is motivated to take on the challenges in the music industry with her patented smile and unquestionable skill. Eclectic and energetic, AMARA emanates a contagious and truly positive spirit which brings music lovers of all genres together. Captivating crowds, leaving them to want more, AMARA is on the hunt and will not disappoint. Get ready for the next movement in music.